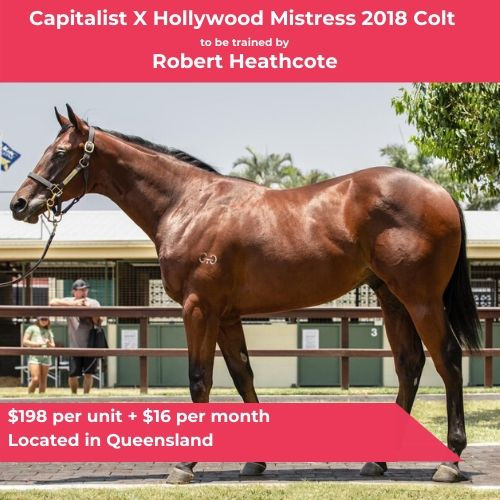 ** Please note, at final unit stage miRunners reserves the right to claw back any over subscriptions**

This colt is a perfect match for one of Queensland’s champion trainers, Robert Heathcote, who has already raced a miRunners 2YO in the Magic Millions Classic. Will this be the next one?

Capitalist X Hollywood Mistress – what is next?

The filly will be sent to Emeran Park for education where all miRunners horses start their racing life.

Emeran Park is a fantastic facility and Shannon Betts will talk you through every step of your horse's learning journey. And owners are able to be part of that with weekly updates on your horse's progress.